Do you ever see people walking their heavy-coated dogs in the heat of summer and think, “That’s not fair. People shouldn’t be allowed to own huskies in California/Nevada/Arizona, etc.”?

Objectively, we can see…

that a Karelian Bear Dog or a Samoyed is not suited to desert climates.

And yet, people get them, walk them around in the dead of July, and wonder why their dogs are panting so hard.

Well, how would these egotistical, status-dog-seeking, meanie-faces like it if I put them in boots, gloves, a wool hat and a fur coat and took them on a sunny summer jog?

These are arctic dogs that belong in the cold. 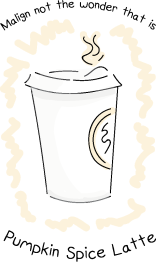 And that’s how I feel about myself.

My heritage is mainly Eastern European, with a smattering of the standard Anglo-Saxon white girl ethnicity collection (pumpkin spice lattes, notwithstanding).

And as such, I am invigorated by cold, blustery weather.

I’m built for it.

I have the insulation, thank-you-very-much.

Rain, wind, and ice make me so very happy.

Snow too, except to drive in. If it’s cold outside, you can come in, get a blanket and some soup, and snuggle up with your (geographically appropriate) furry dog and feel good.

As the numbness begins to thaw out of your nose and fingertips, you look around and think, “This is nice. Life is good.”

You could have just lost your keys, been served divorce papers, filed for bankruptcy, and found out your old nemesis won the lottery and was exposed to toxic waste that did no harm except to create a genetic mutation that means she can eat anything she wants while still maintaining perfect health. But as long as it’s cold and gray outside, you’ll probably feel alright because, hey, at least you’ve got your soup. 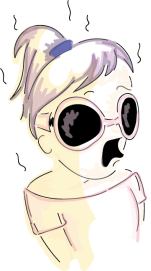 Cut to summer, you’re wearing as little as possible while still maintaining social decency, just a wisp of chiffon and sunglasses the size of Neptune. You’re actively oozing sweat, like an unwrapped string cheese on a picnic. You’re making a frantic dash from your air-conditioned car to your air-conditioned house, and all you can think is, “I’M DYING.”

Even once you get inside the house, and you re-solidify in the artificially cooled air, it’s still miserable. You could have just gotten approval of the patent you’ve been working on for eight years and won a free trip to anywhere you want with your celebrity crush, but the heat is still baking the outside of your house. The world is a kiln.

Even with a cold beverage in front of a fan, heat permeates and destroys the will to live.

Or is that just me?

One might be inclined to ask me why I live in a hot climate.

And the answer is, I plan not to. Just as soon as I can negotiate it.

(The husband has just informed me that Siberia is not on our list of relocation options.)

The difficult thing about drawing this one was depicting a melting child without venturing into disturbing and/or grim territory.

I’m not sure why parents think heating in the winter is a necessity, but summer temperature control is an optional luxury.

Personally, I would much rather live in a heaterless, cold house and bundle up than in a hot one without AC.

When I lived in upstate New York, and later Sweden, I had no heat. I used to wake up in New York, and see little clouds of my own breath as I exhaled.

And in Sweden…what? Yes, that’s supposed to be me, I had blonde hair back then. Anyway, in Sweden, I lived in a basement, in February, sleeping with fleece pants tucked into socks, long-sleeved pajama shirt tucked into gloves, a beanie hat, blankets up to my neck, and an additional blanket over my face with just my nose poking out to breathe…and I was fine. FINE, I TELL YOU!

Okay, I got frostbite in New York, but that was due to faulty boots. 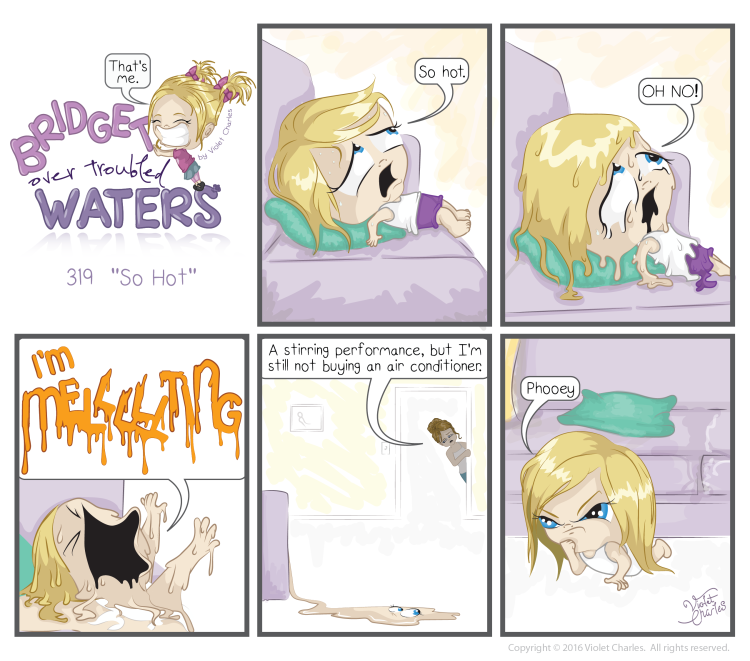